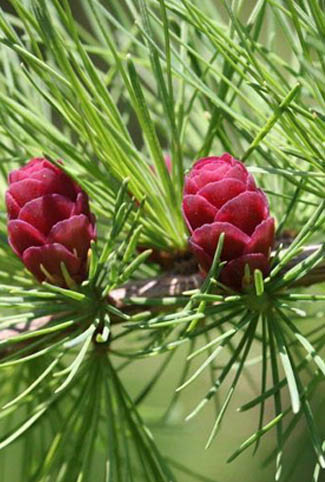 The American larch, a native to Canada and Alaska as well as the northern United States, including Ohio. At maturity the larch reaches heights up to 60’. This is a unique tree as it is a deciduous (loses its leaves) conifer, one of only about 20 species. This adaptation allows for the tree to live in harsh conditions, including the artic circle. The American larch can withstand temperature all the way down to -85 degrees Fahrenheit. Native Americans used the slender roots to sew together strips of birch bark for their canoes. Roots bent at right angles served the colonists as “knees” in small ships, joining the ribs to deck timbers. The durable lumber is used as framing for houses, railroad crossties, poles, and pulpwood.